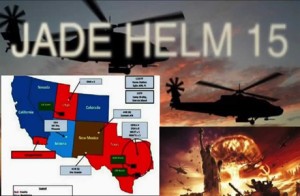 In the video below Jakari Jackson, with Infowars, breaks down the truth behind what the “Master of the Human Domain” really means and how this concept will be put to use through the infamous drills known as Jade Helm. He further unveils how eugenics is the glue holding it all together. This is one Infowars video you don’t want to miss…

“The term, “Mastering the Human Domain,” reveals to us that Jade Helm 15 is more than just a military exercise, it’s also an exercise of the new field in geo-spatial intelligence using human domain analytics to map the politics and thoughts of any nation, state, city, right down to the individual……

“While the term “eugenics” is no longer used in the mainstream openly, the practice of eugenics is still around and stronger than ever. Jade Helm 15 exercises the next generation of technology in the arena of political domination. It is a technological leap beyond the Cold Springs Harbor Research facilities biometrics program or Thomas J Watson’s census of Germany. Jade Helm 15 exercises the new tech tools of political domination in order to facilitate the new eugenics.”  Jakari Jackson, Infowars

TFD recommends that you read other pertinent articles at: http://beforeitsnews.com/

‘Neutralizing’ John Lennon: One Man Against the ‘Monster’

It Will Be “Failure of the Dollar System” Not Nuclear War That Destroys the U.S.