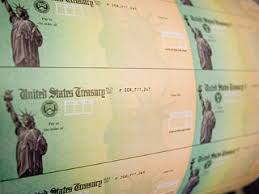 When Lehman collapsed in 2008, the world stopped while the Fed implemented its plan to rescue America’s banks and the world’s financial system. This was achieved by making unlimited money available to the banks, and the stimulus has continued subsequently through quantitative easing. The post-Lehman era has therefore been one of unprecedented and coincidental expansion of narrowly defined money supply in all five major currencies, the fifth being the Chinese renminbi which has seen additional expansion of bank credit as well.

The Fed’s announcements reducing QE3 by a total of $20bn per month, together with China’s apparent determination to finally get her bank lending under control, mark the end of this era. The tide of easy money is now on the turn. The market outcome is likely to be very challenging for us all because of the response of the rich and very rich to these changing conditions, and gold may be the stand-out beneficiary.

Over the last five years the rich have done very well, increasing in number as has the value of their assets. Table 1 summarises the estimated global effect between 2008 and 2012 (the most recent estimate) for high net worth individuals (HNWIs).

Over these four years, the global wealth of HNWIs (these estimates exclude their principal private residences) is estimated to have grown by $13.45 trillion, and given the increased pace of money creation and the escalation of asset values in 2013, the cumulative increase is probably closer to $20 trillion today.

HNWIs are certain to reassess their asset allocation as the consequences of tightening monetary conditions become more obvious to them. Indeed, there is evidence the process is already underway. It tends to start with the ultra-rich, including the billionaires who Forbes estimates have a net worth of $5.4 trillion. Many of them are now based in countries with profligate governments and weak currencies. For them domestic business conditions so far have increased their wealth; but now that interest rates are rising and the business outlook is deteriorating, their wealth is at risk. Growing numbers of them will be considering how best to protect themselves in these changing conditions.

Assessing the potential impact of wealth reallocation requires an estimate of how HNWIs are currently invested, which is shown in Table 2.

At the end of 2012 cash and deposits plus fixed income totalled nearly $20 trillion, and again monetary expansion in 2013 suggests that it is unlikely to be any less today. Deposits in the banking system make up the largest category, which raises an important question about the soundness of the banks. Investment in fixed income poses another serious question about rising bond yields particularly when they are denominated in a weakening currency. Investment in equities and alternatives, such as hedge funds, also need reassessing given signs equity markets may have just peaked. That leaves only the real estate category secure, which is commonly regarded by HNWIs along with fine art as the only sound long-term investment.

Allocating money into different asset classes is bound to take into account changing global monetary conditions. So far, second-line currencies, particularly those of the emerging economies, are being hit badly. Many of these countries are facing a run on their dollar reserves, forcing them to put up interest rates to the detriment of their economic prospects. The result is that the portion of the $50+ trillion of HNWI assets invested in those currencies is potentially looking for an exit.

It’s not only HNWIs who will be wrong-footed for these new conditions, but also the international banking system. There is a heightened risk of systemic problems following on from currency instability, because of the accumulation of derivatives and emerging market debt on the balance sheets of Western banks. While cross-border emerging market exposure is smaller than the banking system’s exposure to the advanced economies, risk is concentrated in a few significant banks that have been growing their emerging market loan books. And these banks inevitably are host to much of the Asian HNWI deposit money.

The likelihood of a developing crisis in emerging market currency and debt markets requires an immediate response from the Fed to ease dollar liquidity, and for the Chinese authorities to manage the expansion of bank credit with extreme care. In the absence of these factors, it is prudent to consider how HNWIs are likely to protect their $20 trillion of cash and deposits, and how much they will seek to liquidate of the further $25 trillion they have invested in equities, bonds and hedge funds.

These decisions for HNWIs are made more urgent because bank deposits are now subject to bail-ins in the event of a future bank crisis, instead of governments being on the hook for bank insolvencies as before. Therefore deposits may be lost if a reconstruction of the West’s financial system becomes necessary.

Besides real estate and fine art, the only true escape from what is basically a fiat currency problem is ownership of bullion held outside the banking system. As stated above, the first to alter their asset allocations tend to be the ultra-rich, and the first of these will have made their fortunes in China and other emerging markets. We know they are already stocking up on real estate and fine art, a trend that is spreading down through other HNWI categories. For all we know, some of this ultra-rich money is beginning to accumulate in gold and silver, but so far the price effect has been obscured by the opacity of Western bullion and derivative markets.

Today’s buyers of precious metals include the Chinese and their diaspora around the Far East, as well as India and a number of other Asian nations. Table 3 shows estimates of the HNWI numbers and wealth involved in some of these important countries.

As one would expect, these gold-friendly countries have seen more rapid expansion of wealth than experienced in the West. They have 1,400,000 HNWIs between them with an estimated $6 trillion to protect in 2012, which could be considerably more today. If gold is going to form just 5% of their reallocated assets, at current prices that amounts to at least 30,000 tonnes. Given that the majority of the world’s above-ground gold is already locked up in Asia and the Middle East, and that Western central banks have leased out significant portions of their own gold reserves which have also ended up in Asia, there is insufficient gold to supply anything like this quantity.

The situation facing us has parallels with the rapid increase of oil prices in the 1970s creating insatiable demand for gold from Middle-Eastern oil exporters. The other consequences are likely to be:

– The sums involved in portfolio shifts are potentially far greater than the $13 trillion the Fed committed to save the banking system in 2008. Therefore, it is uncertain that any future systemic crisis can be resolved in the same way, not only because of the numbers involved, but because the crisis will probably start in emerging markets not under the Fed’s control.

– Changing monetary conditions as envisioned herein are likely to result in significant wealth destruction. This fear is likely to drive events very rapidly once they commence.

– Buying of gold and silver by Asian HNWIs looks set to accelerate irrespective of price, setting off safe-haven trades among HNWIs worldwide.

– Given the shortage of physical metal and the potential scale of HNWI buying, both central and bullion banks will face enormous difficulties controlling the market as they have done to date.

– Confidence in all fiat currencies may be undermined if bullion prices rise as sharply as potential demand from HNWIs suggests is likely, validating yet further demand for bullion.