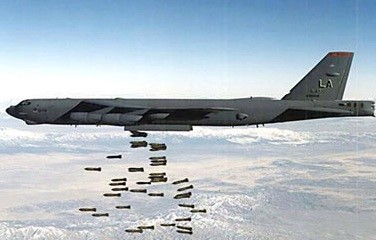 You will often see potentially important pieces of legislation languish in the US House. A bill will remain active, meaning that it can be brought to the Floor at any time. But it flies just under the radar. Other times the language floats around Washington for years until a “crisis” necessitates its activation and passage. As we know well, what eventually became the PATRIOT Act — one of the single greatest attacks on civil liberties in US history — started out and spent much of its early life as a sugar-plumb fairy dancing in neocon fantasies. Then came 9/11 and it was dusted off and imposed on the American people. And the United States has never been — and may never be — the same. Either way, these measures are important if seldom seen.

So it may well be with H.J.Res. 10, introduced in the House just as the new Congress began at the beginning of this month. The title of the bill tells the tale: a bill “To authorize the use of the United States Armed Forces to achieve the goal of preventing Iran from obtaining nuclear weapons.” This legislation, introduced by Rep. Alcee Hastings (D-FL), is as it appears: an authorization for the President to use military force against Iran. But it is much worse than that.

Why so? Because it specifically authorizes the president to launch a pre-emptive war on Iran at any time of his choosing and without any further Congressional oversight or input. The operative sentence in the resolution reads, “The President is authorized to use the Armed Forces of the United States as the President determines necessary and appropriate in order to achieve the goal of preventing Iran from obtaining nuclear weapons.” (Emphasis added).

President Trump — and, importantly, his entire national security team — has been extraordinarily aggressive toward Iran, repeatedly threatening that country both at the negotiating table and on the battlefield. H.J.Res 10 would be just the blank check the Administration craves to realize such threats.

US Jet Shoots Down Syrian Army Drone In “Dangerous Escalation”