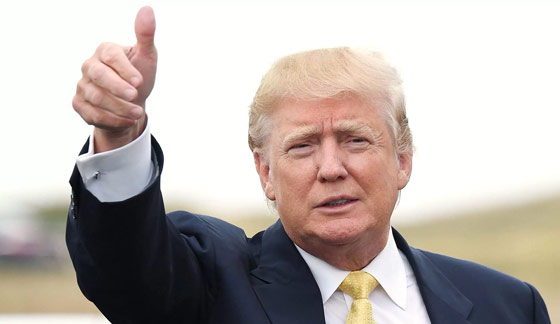 By this time tomorrow a new leader will have been sworn into office (publicly, dog-and-pony style) after it has first been done in private, away from the subjects and “far from the madding crowd.”  A “mystical experience” then will occur, as Obama, the man who turned America into a third world nation becomes the “Ghost of Christmas Past.”  He will float away in his helicopter with his lovely family and his Secret Service team of bodyguards, the ones who will be assigned to protect him for the rest of his life, by his own executive order…paid for by you and me.  Trump will then capture the flashbulbs and cameras as he publicly swears in.

From that point, it will all take on a new dimension.  Before Trump is sworn in, the mantra is:

(Fill in blank with problem)

After the swearing in, the new mantra will be as follows:

(Fill in blank with problem)

Well, let us hope that it is not this way.  It will take a complete sea change to rectify the course this country has been heading in the past eight years.  These are some of the problems that Trump will need to reverse when he becomes President Trump, many of which he promised to either change or end completely:

Perhaps the most important item in that list is the last one.  When Reagan took office, we (and he) faced double-digit unemployment, double digit inflation, and enormous taxation and loss of liberties.  We faced a crumbling infrastructure, a military that was in shambles (Desert One to free the Iranian hostages, conducted with helicopters in a sandstorm as Carter approached the midnight hour to lose the election should never be forgotten).  The Soviets were strong, and we were not…having recently ended the war in Vietnam.  We weren’t doing too well, in the world and in our own minds and hearts.

Then Reagan came, and he turned it around.  He was not perfect, but he made up for his imperfections by surrounding himself with an excellent staff.  He had a heart for the United States, and the fortitude to stand up for it.  His leadership staved off the fall of the U.S., and turned things around for us.  Do you remember that Lake Placid victory of the amateur U.S. hockey team in the semifinals against the professionals of the Soviet hockey team?  Remember the moment…a small thing, perhaps, and many may discount it as being “completely unimportant” or “unrelated to problems we now face.”

But that victory was neither one of those disparaging remarks.  It was something that we all could focus upon, to form some kind of cohesive unity and think of ourselves together as Americans…to take pride in accomplishment in something…for once, after four years of Carter.  There was a sea change made.  Did it last?  Perhaps it didn’t, and yet, if the memory of those years is still alive in even one person with the hopes of a repeat…then maybe others can feel the same.

This is still the best country in the world.  Trump’s campaign slogan was “Make America Great Again.”  Cliché, perhaps, but we must start somewhere.  Last time I checked, the preamble to the Constitution starts out with “We the people.”  Yes, we the people need to do the best we can with what we have, to be vigilant in our undertakings to prevent another eight years akin to the ones we are just emerging from, and to move forward and improve our lives.  Many will say that it doesn’t matter, and that there are forces that are out of our control that will prevent us as a nation from overcoming obstacles.

Such may be for a while, as it was under Obama.  Those times cannot last forever, and eventually the change has to occur.  We have perhaps a bigger job than those 12 items I listed for Trump to accomplish.

In order for the country to succeed, the people have to return to core values of family, hard work, respect (for self and others), and faith, with one another and in God.  Trump can do a great deal, but in the end, it is we the people who will enable him to turn it around or not.  Change can’t be forced upon you by some jerk with a perfect smile who tells you that change is a movement “we can believe in,” and then assumes the role of a dictator and forces it on you.  Change is something that comes from within, precipitated by a feeling that is in one’s heart.  We have our chance to change it all, and let us wish success for this man who will become the president of the United States in a couple of days.  Let us hope that he has that feeling inside of himself and holds onto it…to unite the United States of America again.

The Surveillance State Did Not Disappear With The Trump Victory: “It Is Still Lurking And Completely Intact”

Trump Can’t Stop It: “The People Who Have Been Orchestrating The Collapse Have Not Halted Their Agendas”

Roger Stone Sentenced To More Than Three Years In Prison