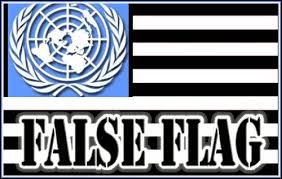 Glenn Greenwald’s No Place To Hide chronicles his work with Edward Snowden to bring the US government’s global surveillance network to light. It’s a chilling book for a variety of reasons, including the following:

In short, we’re now spying on everyone everywhere, and using what we find to gain advantages in trade and diplomacy as well as safety.

On the bright side, the recent bit of Snowden sunshine has led the US Senate to try to rein the spies in:

Here’s How the Senate Plans to End NSA Mass Surveillance

July 29, 2014 A powerful Democratic senator introduced a new bill Tuesday that would end the National Security Agency’s bulk surveillance of Americans’ phone records and force the government to be more transparent and accountable with its spying orders.

Senate Judiciary Chairman Patrick Leahy unveiled his hotly anticipated USA Freedom Act, a measure that has gained considerable traction and buzz over the past week. It is a strengthened version of a bill of the same name that passed the House in May, but only after a number of changes foisted onto it by the administration and defense hawks prompted tech companies and privacy advocates to drop their support.

Leahy’s bill currently boasts support from the White House, tech companies, and a litany of privacy and civil-liberties groups that see it as fixing much of what was undone during eleventh-hour backroom negotiations ahead of the House vote.

“If enacted, this bill would represent the most significant reform of government surveillance authorities since Congress passed the USA Patriot Act 13 years ago,” Leahy, a Vermont Democrat, said from the Senate floor Tuesday. “It’s an historic opportunity, [and] we would be derelict in our duty to this country if we passed up that opportunity.”

Does the Bill Have a Chance?

Most observers see Leahy’s Freedom Act as the best chance at NSA reform in this Congress. The omnibus legislation is unlikely to earn a vote before the August recess, but it may go straight to the Senate floor when Congress reconvenes in September. Stakeholders are hopeful the bill could hit the president’s desk sometime this fall.

But it remains unclear if Leahy has the votes in a historically gridlocked Senate that will have most of its attention diverted to the midterm elections when lawmakers come back to Washington. Senate Intelligence Committee Chairwoman Dianne Feinstein has been an influential backer of the NSA’s surveillance programs, and early indications are that she and other defense hawks are less than receptive to Leahy’s new proposal.

A horrible thought
Say you’re a sociopath who has spent the past decade with a government agency that, thanks to a fear of imminent terrorist attack, has been given effectively unlimited power. You’ve thoroughly enjoyed the time spent perusing your fellow citizens’ bank accounts, swapping naked pictures gleaned from cell phones and eavesdropping on late-night calls between secret lovers. The future seems bright, as technology opens ever more of the world for your inspection.

But then, thanks to that traitorous punk Snowden, the rabble begins shaking their pitchforks and demanding that you stop watching them. Cowardly politicians (many of whom spent the past decade happily spying on their constituents and political opponents) are proposing rule changes that would seriously curtail your fun.

What do you do? Well, you could just crawl back into your little Constitutional box and spend the rest of your career scrounging up evidence of “probable cause” and begging judges for warrants.

Or…maybe you remind the peasants why they gave you all that power in the first place by engineering exactly the kind of terrorist attack that you’ve been tasked with preventing. This kind of “false flag” event has been a basic tool of politics and warfare since the beginning of time. It would be easy for your covert operative colleagues to pull off, could be as big and splashy as seems necessary — and would instantly silence the critics. You and your fellow shadow warriors could then get on with the business of keeping the free world safe from fanatics, tyrants and anyone else with the audacity to question your methods.

IS THE ARMY PREPARING FOR A MAJOR DEPLOYMENT: ORDERS 177,000 BULLETPROOF ARMOR PLATES