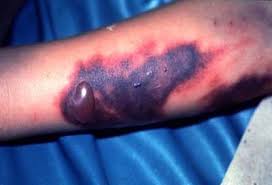 In January the U.S.-based Centers for Disease Control and Prevention warned that the next plane could bring a pandemic.

At the time, they were referring to highly contagious strains of deadly flu virus, but in reality any killer virus could travel around the globe in less than a day.

In March we warned that the deadly Ebola virus, which kills upwards of 85% of its victims, was spreading at an alarming pace in West Africa. It was so serious that governments in the region had locked down their borders. The following month in April, officials in the U.S. and Canada were alerted that the virus may have made its way to North America, though no follow-up information was provided after the initial report. Then, just last month, the World Health Organization issued a dire warning – Ebola could go global.

Despite these warnings and the fact that over 650 people are confirmed dead by medical officials in Africa, global governments failed to take any significant action. Flights out of West Africa were still being allowed to leave without any real screening procedures, even though medical professionals in the region had warned that containment of the virus was spiraling out of control.

Now, amid the highly publicized infection of a leading Ebola doctor, the first case of the virus travelling aboard a commercial passenger airline has been confirmed.

Nigerian health authorities raced to stop the spread of Ebola on Saturday after a man sick with one of the world’s deadliest diseases brought it by plane to Lagos, Africa’s largest city with 21 million people.

The fact that the traveler from Liberia could board an international flight also raised new fears that other passengers could take the disease beyond Africa due to weak inspection of passengers and the fact Ebola’s symptoms are similar to other diseases.

Officials in the country of Togo, where the sick man’s flight had a stopover, also went on high alert after learning that Ebola could possibly have spread to a fifth country.

Screening people as they enter the country may help slow the spread of the disease, but it is no guarantee Ebola won’t travel by airplane, according to Dr. Lance Plyler, who heads Ebola medical efforts in Liberia for aid organization Samaritan’s Purse.

“Unfortunately the initial signs of Ebola imitate other diseases, like malaria or typhoid,” he said.

As always, government officials did nothing until it was too late.

Perhaps the death of the Liberian Ebola patient was an isolated incident.

However, the plane on which he traveled stopped for a layover where other passengers disembarked and then headed to Africa’s most populated city of 21 million residents.

If this man came into contact with just one or two others who then mixed with the rest of the population, it’s quite possible that scores of others are now infected. Because the symptoms during the onset of the virus are similar to a flu, by the time infected individuals realize what is happening it’s too late – too late for them, and for those who they came into contact with.

The virus may not be airborne, and because of its genetic profile it may not spread as quickly as a flu virus, but with its possible exposure to a population of 21 million people there is a distinct possibility that Ebola may mutate into something even more contagious.

While the United States claims to have screening procedures ready, at this point, with global air carriers using numerous hubs to transfer passengers, it is becoming more and more likely that the virus will eventually make an appearance in North America.

For the time being there are no active procedures being implemented to screen passengers from West Africa. If the virus were to arrive in the United States via an airplane, the infected person could easily come into contact with scores of other people who would jet off to various destinations around the country.

If that were to happen, all bets are off.

Tess Pennington, author of The Prepper’s Blueprint, says that Preparing for a Pandemic before information about it hits the news is absolutely essential:

When the pandemic begins, many will remain in a state of denial about any approaching epidemics and not want to think of the long lasting repercussions of such a disaster. Being prepared before the mass come out of their daze will ensure that you are better prepared before the hoards run to the store to stock up.

Ebola could potentially end up all over the United States within a matter of hours, a situation that would very quickly become untenable for medical emergency response teams.

The Crisis of the Now: Distracted and Diverted from the Ever-Encroaching Police State

Slowly, Then All at Once