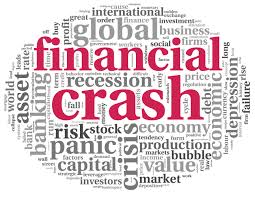 There is a euphoria being enjoyed by many in the investment world and in economic circles centered around the notion that the world has recovered from the financial crisis of 2008. Stock markets in the United States have risen to all time highs. Mainstream financial experts imply this is a key indicator of economic growth, improved consumer confidence, and a return to boom times.

But not everyone agrees. Swiss market veteran Egon Von Greyerz suggests that exactly the opposite is the case, noting that the underlying economic fundamentals all over the world are indicative of massive problems from the United States to China.

In an interview with King World News Von Greyerz highlights his reasoning, citing numerous data points that paint a completely different picture from the one being shown to the majority of the world’s citizens.

It surprised me to see how many of those top economists and fund managers were totally bullish on the global economy based on their view of growth in the United States.

I also went to a conference for ultra-high net worth individuals in Singapore, and I noticed very little fear or concern about the risks in the world today.

So this is a very dangerous time with the people who control the investment markets having very little regard for the risks and the dangers that the world is currently facing.

We have discussed the massive risks which are present in the system and they are more ubiquitous now than ever — Japan, EU, UK, US, China, and geopolitical risks.  The financial system has the same problems today as it had in 2008, but the money printing over the last few years has achieved a calm and complacency that will lead to massive shocks in the world financial system in coming years.

A lot of the economic indicators in the U.S. are very weak.  Retail sales are plunging, bank profits are falling, home sales are falling fast, both existing and new homes, and 56 percent of Americans have sub-prime credit today.

Global debt is now around $275 trillion, or 385 percent of world GDP.  That’s $38,000 of debt for each and every person in the world.  Even the average American is one paycheck from bankruptcy.  So how does anyone ever believe that any of this debt could ever be repaid?  Well, it won’t be, that’s absolutely guaranteed.

All this will lead to unprecedented money printing and hyperinflation.  Thereafter we are likely to see a deflationary collapse of the financial system.  We will certainly be looking at a very different world in coming years.

Excerpts from full interview made available by King World News

The notion that the global economy is in recovery and that the United States has exited the recession of 2008/2009 is a facade.

Michael Snyder at the Economic Collapse Blog and Jim Quinn of The Burning Platform recently noted that despite the purported success of government cash infusions, America’s death rattle is growing louder as household retail brands are being absolutely pummeled by a lack of consumer spending.

Retail store results for the 1st quarter of 2014 have been rolling in over the last week. It seems the hideous government reported retail sales results over the last six months are being confirmed by the dying bricks and mortar mega-chains. In case you missed the corporate mainstream media not reporting the facts and doing their usual positive spin, here are the absolutely dreadful headlines:

Wal-Mart Profit Plunges By $220 Million as US Store Traffic Declines by 1.4%

Sears Loses $358 Million in First Quarter as Comparable Store Sales at Sears Plunge by 7.8% and Sales at Kmart Plunge by 5.1%

Kohl’s Operating Income Plunges by 17% as Comparable Sales Decline by 3.4%

McDonalds Earnings Fall by $66 Million as US Comp Sales Fall by 1.7%

Of course, those headlines were never reported. I went to each earnings report and gathered the info that should have been reported by the CNBC bimbos and hacks. Anything you heard surely had a Wall Street spin attached, like the standard BETTER THAN EXPECTED.

Those are the facts.

Last week well known contrarian economist John Williams made two dire predictions. First, the government’s Q1 economic growth numbers would be revised downward and actually show that the economy shrank for the first three months of the year. This has now been confirmed with official revisions showing negative one percent growth.

Second, Williams predicts that come July 30 the second quarter will verify that the United States has entered another recession, which is officially defined as two consecutive negative growth quarters.

Once these data are released it will confirm what we’ve been warning about for many months – that there is and has been no economic recovery. The U.S. (as well as China and Europe) are about to hit the next wave of this broader depression.

There is, as Williams noted, no way of saving the system at this point, echoing Von Greyerz’s assessment that we will soon be living in an unrecognizable world.

It won’t all happen overnight, but a collapse is all but assured at this point.

Those who have made the effort to get informed and taken steps to prepare for the inevitable calamity that is to come will fare much better than the 99% percent of Americans who will be totally blindsided when life as we have come to know it comes to an abrupt halt.