Southern Mexico was shaken late Thursday by an 8.1-magnitude earthquake that killed at least 15 people, triggered a tsunami warning and was felt as far away as Mexico City . Despite the immense power of the tremor, which Mexican President Enrique Pena Nieto described as “the most powerful earthquake in a century,” authorities said it had caused limited damage – but warned residents in affected areas to brace for aftershocks.

According to the Associated Press, the quake caused buildings to sway violently in Mexico’s capital more than 650 miles away from its epicenter. Residents fled buildings in their pajamas and gathered in frightened groups in the street.

While Mexico City avoided the widespread devastation of a 1985 quake that killed thousands, the tremor was strong enough to shatter windows at Mexico City airport and knock out power for one million residents, according to Reuters. For many, access has yet to be restored.

A number of buildings suffered severe damage in parts of southern Mexico. Some of the worst initial reports came from Juchitan in Oaxaca state, where sections of the town hall, a hotel, a bar and other buildings were reduced to rubble. The cornice of a hotel fell in the southern tourist city of Oaxaca, a witness told Reuters. The tremor was felt as far away as neighboring Guatemala.

The death toll could rise as first responders look for more victims in the affected area. The government closed schools Friday in at least 11 states to check them for safety, according to the AP.

Chiapas Gov. Manuel Velasco said that three people were killed in San Cristobal, including two women who died when a house and a wall collapsed. He asked that people who live near the coast leave their homes for protection in case there are aftershocks.

“There is damage to hospitals that have lost energy,” he said. “Homes, schools and hospitals have been damaged.”

One witness said his house moved “like chewing gum.”

“‘The house moved like chewing gum and the light and internet went out momentarily,’ said Rodrigo Soberanes, who lives near San Cristobal de las Casas in the southernmost state of Chiapas.”

Tabasco Gov. Arturo Nunez said two children had died in his state. One of them was killed when a wall collapsed. The other, a baby, died in a children’s hospital that lost electricity, cutting off the infant’s ventilator. Meanwhile, the town hall in San Cristobal was badly damaged. 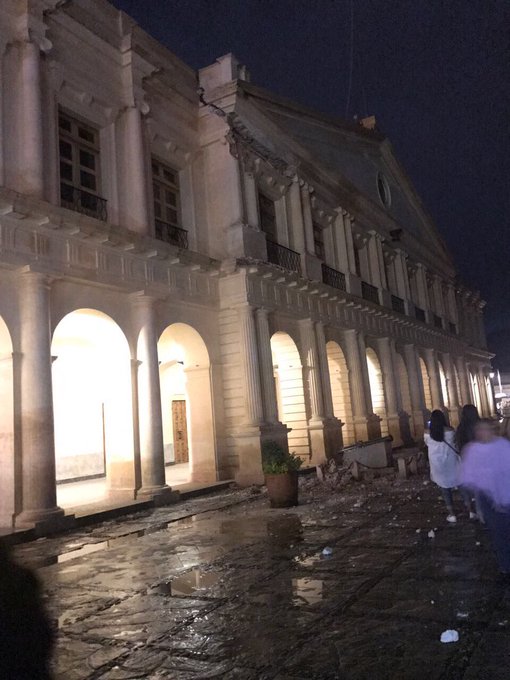 The Pacific Tsunami Warning Center said waves more than three feet above the tide level were measured off Salina Cruz. Smaller tsunami waves were observed in several other places. The center’s forecast said Ecuador, El Salvador and Guatemala could see waves of a meter or less. Hawaii and much of the South Pacific were expected to be unaffected. In neighboring Guatemala, President Jimmy Morales asked residents to stay calm while security crews checked for damage.

“We have reports of some damage and the death of one person, even though we still don’t have details,”Morales said. He said the unconfirmed death occurred in San Marcos state near the border with Mexico.

Lucy Jones, a seismologist in California who works with the U.S. Geological Survey, told the AP that the quake was expected.

“Off the west coast of Mexico is what’s called the subduction zone, the Pacific Plate is moving under the Mexican peninsula,” she said. “It’s a very flat fault, so it’s a place that has big earthquakes relatively often because of that.”

“There’s likely to be a small tsunami going to the southwest. It’s not going to be coming up and affecting California or Hawaii,” she said. “For tsunami generation, an 8 is relatively small.”

Pena Nieto and his team set up a response center to coordinate a response to the quake. 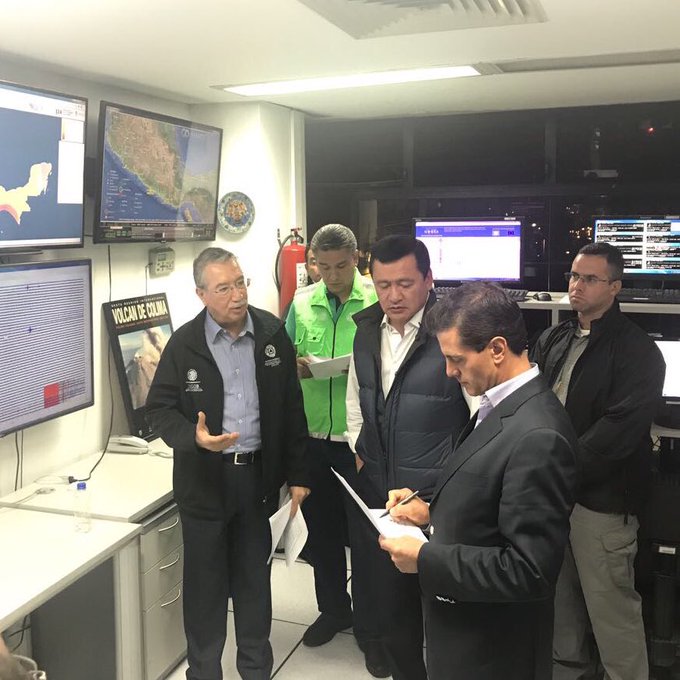 Meanwhile, residents of nearby Veracruz are preparing for the possible landfall of category 2 Hurricane Katia, one of three active cyclones in the Atlantic basin. Further north, in Southeastern Florida, hundreds of thousands of Americans rushed to evacuate as Hurricane Irma, currently a category four storm, is expected to make a historic landfall this weekend.

Separately, in what some have described as a “fascinating” phenomenon, a mysterious glow called earthquake lights appeared in the skies above Mexico’s capital, baffling residents who had gathered outside to commiserate about the quake, according to RT. The lights could be seen flashing above Mexico City in hues of greens and white.

Little is known about the phenomenon, RT says, though it can sometimes be explained by exploding generators or power grids. Some scientists believe the tectonic movement of rocks like quartz generates a piezoelectric field, which produces flashes of light.