After laying waste to much of the Leeward Islands and leaving most of Puerto Rico without power, Hurricane Irma is continuing its destructive march through the Caribbean which is expected to culminate with landfall in Miami sometime this weekend.

As we noted yesterday, Irma’s catastrophic 185+ mph winds left 90% of the dwellings on the island of Barbuda completely leveled, according to Prime Minister Gaston Browne. 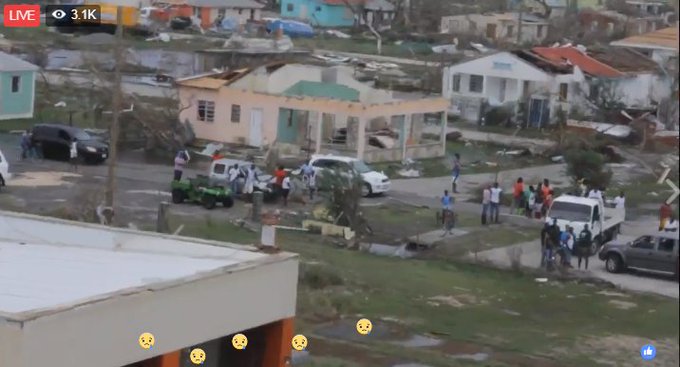 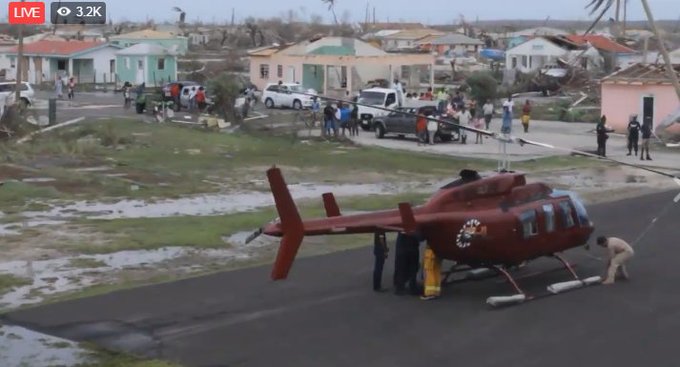 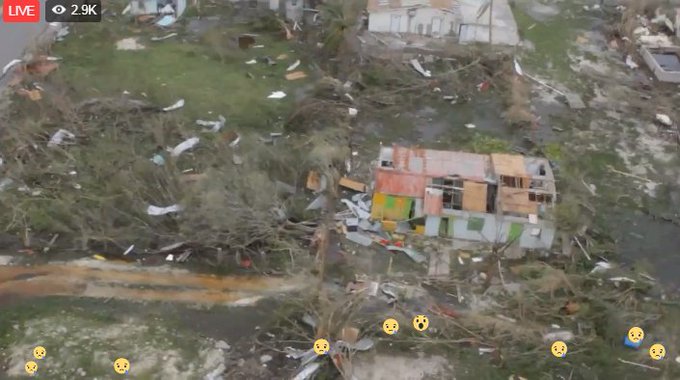 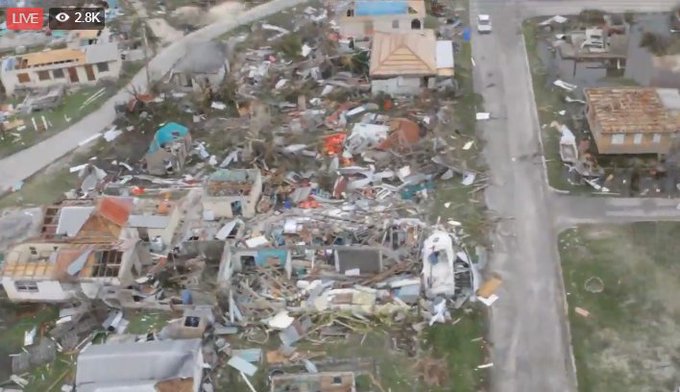 First images out of Barbuda from a Facebook broadcast live by ABS Radio & TV.

Widespread destruction has occurred on the island.

Unfortunately, Irma’s power isn’t expected to subside all that much as it moves over several Caribbean islands over the next couple of days before ending up in Southern Florida.  Here is the latest from the National Hurricane Center:

Maximum sustained winds remain near 180 mph (285 km/h) with higher gusts.  Irma is a category 5 hurricane on the Saffir-Simpson Hurricane Wind Scale.  Some fluctuations in intensity are likely during the next day or two, but Irma is forecast to remain a powerful category 4 or 5 hurricane during the next couple of days.

STORM SURGE:  The combination of a life-threatening storm surge and large breaking waves will raise water levels ABOVE NORMAL TIDE LEVELS by the following amounts within the hurricane warning area near and to the north of the center of Irma.  Near the coast, the surge will be accompanied by large and destructive waves.

RAINFALL: Irma is expected to produce the following rain accumulations through Saturday:

As we noted yesterday, more than 100,000 Miami-Dade residents have been instructed to leave their homes on barrier islands, including Miami Beach, and in low-lying mainland areas starting Thursday morning which has created a logistics nightmare at Florida’s airports and on highway evacuation routes.

According to the Washington Post, airlines added flights earlier this week to accommodate a surge in demand but many have been canceled and airports have warned that operations will be halted once winds exceed 55 mph.

To accommodate surging demand of people trying to flee, airlines including American and Delta added flights or brought in larger planes and waived change fees for passengers who need to cancel or rebook their flights.

Even so, hundreds of flights were canceled Wednesday, and airlines strongly advised passengers to check before leaving for the airport.

Late Wednesday, American Airlines announced it would begin winding down its operations in Florida and had canceled flights at its Miami hub as well as to airports in Fort Lauderdale, Fort Myers, Sarasota and West Palm Beach. In addition, it canceled a handful of international flights from Europe and South American that were scheduled to land in Miami on Friday.

Of course, the added flights didn’t stop Delta from taking advantage of the surge in demand from frightened travelers. 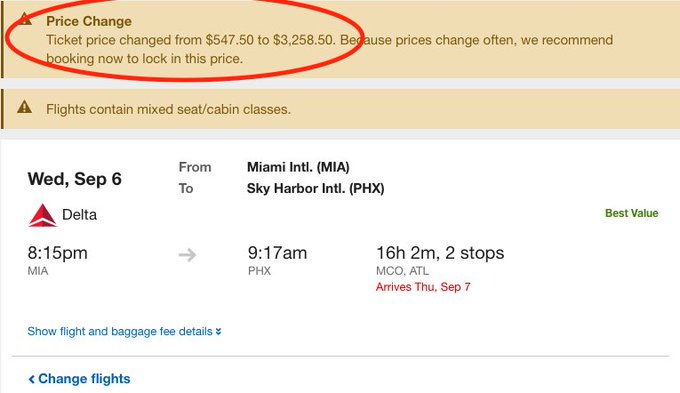 Shame on you @delta. Jacking from $547 to over $3200 for people trying to evacute responsibly? #IrmaHurricane

Meanwhile, as the Wall Street Journal points out, those looking to flee by car are facing similar hassles with long lines at gas stations…

…at least at the ones that have any gas left to sell.

And, of course, panic hoarding has already left store shelves empty across much of Florida. 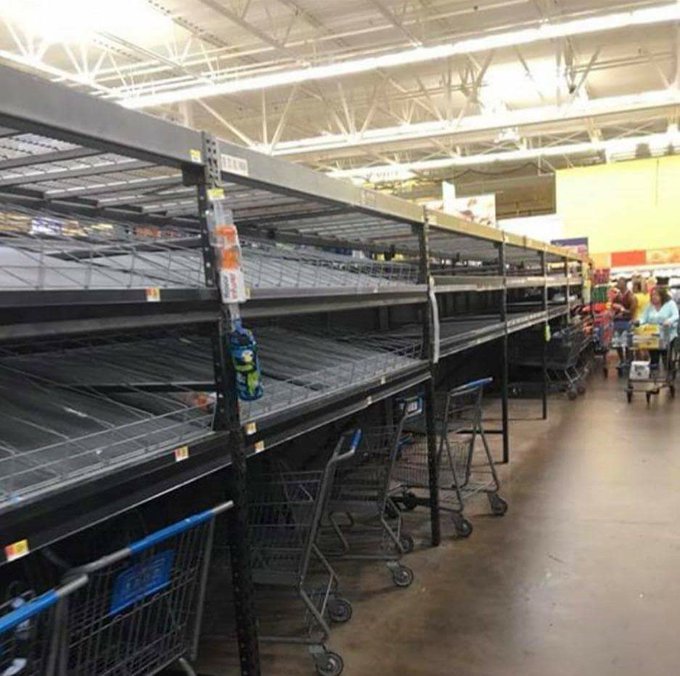 But, at least this will all be positive for Ford and GM…

‘Civil War Without the Grapeshot’: Texas Launches SCOTUS Bid to Save Trump, and Maybe Even the Republic

The lockdowns are crumbling, and the hysterics are melting down – Tom Woods