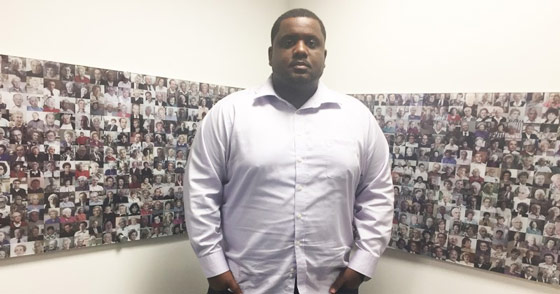 A Texas A&M professor says that “some white people may have to die” in order to solve racism and bring about true equality.

Professor Tommy Curry expressed his frustration during a podcast that the movie Django Unchained made killing white people look fun, when in reality it should be part of a serious discussion.

“When we have this conversation about violence, or killing white people, it has to be looked at in the context of historical turn,” said Curry . “And the fact that we’ve had no one address, like how relevant and how solidified this kind of tradition is, for black people saying look, in order to be equal, in order to be liberated, some white people may have to die.”

“I wonder what it is like to be a white student studying under Dr. Curry in his classroom?” asks the American Conservative’s Rod Dreher.

Dreher has compiled more remarks made by Curry in which the professor says white people cannot be educated out of their racism while denouncing the “integrationist” model of race relations.

Curry’s hateful, violent and racist statements make Richard Spencer’s white nationalism look milquetoast in comparison, and yet Texas A & M changed its policies on who could speak on campus following Spencer’s appearance there last year.

Presumably, the university thinks that advocating for the death of an entire group of people based on their skin color is something that correlates with their values.

If not, officials should investigate Curry’s comments immediately and take the appropriate action.

Paul Joseph Watson is the editor at large of Infowars.com and Prison Planet.com.

Paul Joseph Watson torches everything in his latest video