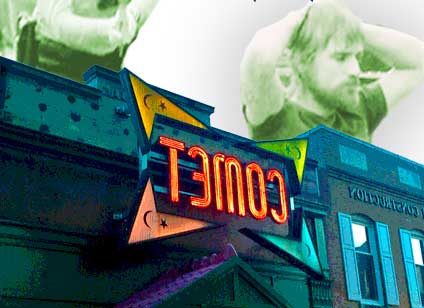 The battle for free speech on the Internet is reaching the main stage.

Curiously, authority over the world wide web has concentrated into fewer hands than ever, and has traded hands in ways that we little understand. Right now, words are being twisted, and used against us.

There are cyber bombardments underway right now. The big campaign is being sold under “fake news,” in the hopes that dissent can be stifled and propaganda can once again by scripted and authoritative. This new narrative is working as well as they had hoped, but it is getting the point across – the the kind of websites that bucked the system during the campaign season aren’t going to be tolerated much longer.

Some of the websites that have been smeared are now suing for defamation and a retraction maligning their work as foreign propaganda.

According to the Daily Caller:

One of the websites The Washington Post labeled “fake news” in a November story demanded a retraction and threatened the paper with a defamation lawsuit in a demand letter Sunday.

A lawyer for Naked Capitalism accuses WaPo of running a debunked list of “fake news” sites in the “sensational” story compiled by a dubious team of researchers, without substantiating their claims or giving Naked Capitalism a chance to respond to the allegation. The Washington Post’s actions constitute defamation, the lawyer writes in the letter published Monday.

Meanwhile, a psyop is in the making to smear online investigators and citizen journalists who are attempting to uncover a very dark web of illicit and damning activities connected to Democratic operatives and the Clinton campaign – much of it exposed by Wikileaks dumps of email from Podesta, Wiener and other sources close to the Clintons.

But instead of exposing the culpability of the political figures connected to “Pizzagate” and prompted a serious official inquiry into what would be very serious criminal allegations, activists are getting a blowback of guilt by association for daring to report on the subject at all – after a man walked into the notorious Comet Ping Pong pizza restaurant in D.C. at the center of the scandal, and fired a gun while patrons were inside.

Edgar Maddison Welch, of Salisbury, told police on Sunday afternoon he decided to “self-investigate” whether the so-called “Pizza Gate” conspiracy theory was true — that Clinton and her campaign chief were operating a child sex ring in the restaurant’s back room.

He stormed the restaurant — going straight for the maligned back room — while brandishing an assault rifle along Connecticut Ave NW near Fessenden St. NW around 3 p.m., police said. He pointed the gun at an employee at some point, cops said, and then fired at least one shot after patrons with children and employees scattered for safety. No one was injured during the incident.

He now faces an assault charge in the brazen stunt inspired by the fictitious conspiracy theory spawned on Reddit.

While making a clear association with this individual’s criminal act, the story also summarily rejects any validity that the evidence surrounding the conspiracy may hold. They are instantly certain that the claims – despite a rabbit hole trail of telling emails, images and social media posts – are “fictitious,” “false” and untrue.

That’s some unadulterated propaganda – weaponized under the “fake news” meme to target anti-establishment reporters, researchers and opinion makers who are undermining their ability to set the agenda and frame reality with their inconvenient truths.

Restaurant owner James Alefantis [at the center of these claims] thanked police for capturing the suspect after a frantic 911 call and then condemned “certain people” for trying to “spread malicious and utterly false accusations about Comet Ping Pong.”

This, too, may play out as an offensive campaign to ban websites and set new boundaries for reporting.

Right now, there is a very real attempt to silence the first amendment-protected reporting in order to keep this bizarre and disturbing story under wraps and out of the news. While violence is not justified, there is an attempt to tie this act to the reporting itself rather than acknowledge the allegations at hand – odd, indeed, since the documents point to the worst kinds of unlawful activity.

Despite the story being entirely unfounded, it has resulted in death threats against the owner of the restaurant, its employees, and its patrons. The owner was forced to contact the FBI, local police, Facebook, and other social media platforms in an effort to have the fake story removed from the internet.

“This was our worst fear,” Carr said, “that someone would read all this and come to the block with a gun. And today it happened.”

Nearby bookshop Politics and Prose has also received threats, with the store’s co-owner Bradley Graham telling The Washington Post that management was planning to meet with police on Monday over fears that verbal attacks might escalate… He said he also hopes authorities will work to shut down websites where such “hateful material” is being spread.

It seems that they would much rather kill the messenger and eliminate online sites and forums, rather than deal with the story itself – probably because it points towards things that are institutionalized in the power structure. If any of these allegations are true, they are taking place above the law, and are unofficially sanctioned and protected activities.

There is no doubt that this story is being scripted around some very biased talking points – with the focus entirely on the activities of “online thugs.”

“Fake news can have real victims,” – so says the corporate news talking point. The epitome of the pot calling the kettle black. Check it out:

This site, SHTFplan, is just one of the many sites that are falsely listed as ‘Russian propaganda,’ along with many others have experienced very real disturbances in website performance after reporting on this issue. The Daily Sheeple and SGTReport.com are only a couple of the many sites that have been shutdown altogether under copyright claims, or attacked anonymously via DDoS to take the site offline.

While the NY Times tries to soft peddle #PizzaGate, Reddit tries to kill the Sub-Reddit investigation and Twitter attempts to censor breaking news on the global pedophile ring – it’s too late. The genie is out of the bottle. We will not be stopped. Truth will be revealed. Because #PizzaGate is a WORLDWIDE CITIZEN INVESTIGATION NOW. And the pedos are running scared.

One startling and clearly wrong-headed individual, likely a provocateur, that will now be used to brand website after website covering the details of this perplexing network of evils as participants in a campaign of hate, intimidation and cyber bullying.

In other words, the revenge of Hillary against all the opponents that “made her lose.”

Or perhaps that’s merely the just deserts that compliment that handy work of cutting down the weeds of the Internet. Curtailing speech, and the especially worrisome online blogosphere, so that it can’t hurt feelings – or expose political misdeeds – any longer with any teeth at all without being summarily shut down.

It remains to be seen what may actually be done, but are some of the things being discussed for Internet control.

Telling the truth can be a dangerous act.

Evidence Scrubbed, Accounts Suspended As Citizen Researchers Delve Into the Hell That is “Pizzagate”

Survival Communications After a Collapse: “Pringles Can And Broadband Routers Could Create a WiFi Network”

Deadly Reliance on Tech: “If Internet Goes Down… Preppers Will Be Last Ones Standing”

The AngloZionists are Launching a Strategic PSYOP against China

OMG: PIZZAGATE JUST GOT EVEN DARKER THAN ”EYES WIDE SHUT”