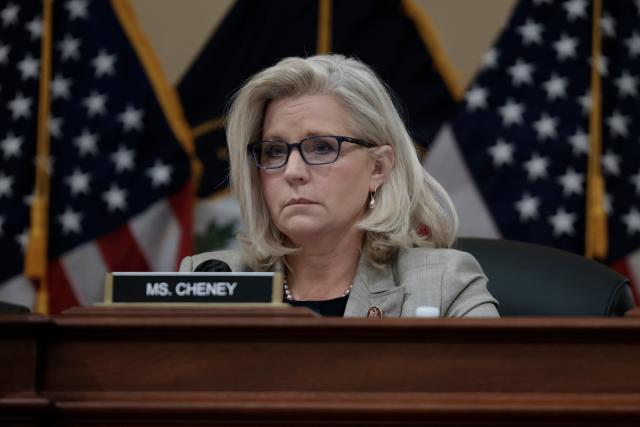 For quite some time, Congress has ceded its constitutional power to legislate to the unelected administrative state — at least when Democrats are both the congressional majority and hold the White House. Now, having ignored its true function, it seeks to expand its mandate to judicial powers. The Select Committee set up by Speaker Nancy Pelosi to investigate the January 6 riot has obviously determined that its mandate does not require a legislative purpose: It will act as a judicial branch, albeit one with no constitutional limits whatsoever.

You won’t see much about this in the corporate media. You have to go to the self-publishing authors like Glenn Greenwald, whose recent substack sets out in shocking detail the overreaching of the January 6 committee.

Citing two McCarthy-era Supreme Court cases, he argues that the power it is claiming belongs to the Judicial branch, not Congress, and that the committee’s conduct presents a very serious and dangerous civil liberties violation. I am in total agreement with him.

What Congress is barred from doing, as two McCarthy-era Supreme Court cases ruled, is exactly what the 1/6 committee is now doing: conducting a separate, parallel criminal investigation in order to uncover political crimes committed by private citizens. Such powers are dangerous precisely because Congress’s investigative powers are not subject to the same safeguards as the FBI and other law enforcement agencies. And just as was true of the 1950s House Un-American Activities Committee (HUAC) that prompted those Supreme Court rulings, the 1/6 committee is not confining its invasive investigative activities to executive branch officials or even citizens who engaged in violence or other illegality on January 6, but instead is investigating anyone and everyone who exercised their Constitutional rights to express views about and organize protests over their belief that the 2020 presidential election contained fraud. Indeed, the committee’s initial targets appear to be taken from the list of those who applied for protest permits in Washington: a perfectly legal, indeed constitutionally protected, act.

This abuse of power is not merely abstract. The Congressional 1/6 Committee has been secretly obtaining private information about American citizens en masse: telephone records, email logs, internet and browsing history, and banking transactions. And it has done so without any limitations or safeguards: no judicial oversight, no need for warrants, no legal limitations of any kind.

Indeed, the committee has been purposely attempting to prevent citizens who are the targets of their investigative orders to have any opportunity to contest the legality of this behavior in court.

How chilling this is! The committee’s targets initially are those who lawfully applied for and obtained protest permits, and since then it has been in secret getting “en masse” citizens’ email logs, internet and browsing histories, and banking transactions by sending hundreds of subpoenas to telecom companies and demanding — with no legal basis — these records. To preclude court challenge to these subpoenas they asked these companies not to disclose the existence of the subpoenas to their customers. Now, they’ve upped the outrage by subpoenaing bank records of private citizens. Since the banks are directed not to notify customers of the subpoenas, they are unable to seek judicial review. This is unlike the FBI’s limits — that agency rarely can impose a gag order on a financial institution unless it has first persuaded a court that such a safeguard is necessary. With such a safeguard in place, in almost all cases citizens can seek judicial relief enjoining the seizure of their records. Without it, the committee is free to snoop into the personal records of anyone it chooses to under cover of secrecy.

The Right to Financial Privacy Act (RFPA) prohibits financial institutions from providing to the government customer’s financial records until the government authority seeking the records “Certifies in writing to the financial institution” that the customer has received notice of the attempt and an opportunity to challenge it in court. Specific provisions about service of such a subpoena and time to respond are in the U.S. Code — and none were followed by the committee.

In support of his argument, Greenwald tells the sad tale of how Taylor Budowich, a former Trump spokesman, found his records had been seized from JP Morgan with the connivance and approval of its attorney, former Obama Attorney General Loretta (I meet husbands of subjects on the tarmac) Lynch. The bank did everything to preclude him from seeking a judicial ruling, including refusing a Christmas Eve extension and a refusal to even provide him with a copy of the subpoena. After making sure he couldn’t fight the subpoena in a timely manner and leaving him only one option — to file to enjoin the committee from using his banking records — the committee and JP Morgan then said the entire question was “moot” as the documents had already been provided to the committee. Obama-appointed Judge James Boasberg rejected Budowich’s request for injunctive relief on whether the subpoena was legal. The matter now goes to the U.S. Court of Appeals for the District of Columbia.

Having clearly and admittedly not followed the law respecting notice and time to challenge subpoenas, the committee argues the law simply does not apply to them — they are above it. Its response to Budowich was:

“The Act restricts only agencies and departments of the United States, and the Select Committee is neither.”

Further, it argued, “Congressional committees are not required to identity a specific piece of legislation in advance of conducting an investigation of the pertinent facts. It is sufficient that a committee’s investigation concerns a subject on which legislation ‘could be had.’”

If that isn’t scary enough, the committee also argues that it is exempt from the safeguards of notice and opportunity to challenge even when “they are clearly engaged in investigating private citizens for potential crimes.” Think about that. If there is a majority in Congress and you represent in any way a threat to that majority, they can grab all your records — phone, email, internet, financials, without your knowledge or permitting you an attempt to challenge those actions. With a back of the hand to constitutional protections, the committee will act as if it were both law enforcement and judge.

But it gets even worse than that. The Select Committee claims “absolute immunity” for members and committees and argues that this immunity prohibits any litigation for redress “against Congress to which is has not consented and no such consent has been.”

The Project on Government Oversight raised alarms about the Select Committee’s subpoena powers.  Apart from them, has the ACLU or any other group which fought against the overreaching HCUA deigned to challenge the unconstitutional usurpation of our civil liberties? I’m not hearing any. Will we even hear a congressman or senator ask the committee if it has no shame in this witch hunt?

On the other hand, if the predictions of a Democratic party bloodbath in the midterms come to pass, you can bet even if a Republican majority Congressional Committee complies with all the relevant laws respecting subpoenas of citizen records, including notice and opportunity for court challenge, we will hear their cries of alarm with every issuance of a congressional subpoena.