On September 1st, the scary Antifa groups and the Black Blocs that burned American flags, toppled monuments, screamed and beat other crisis actors with long sticks, all had vanished without a trace. Went back to school, most likely.

They did good. They gave the left a bad name and a black eye. I spoke to an old pal of mine, who is the head of some local republican organization, and he said that they are getting many members, all former democrats. I suspect that’s being a typical picture around the country, all thanks to sweat, blood and other bodily fluids of students hired for $25 per hour summer gig.

The Chinese are not known for standing up for their own interests, let alone their geopolitical interests.

The political theater staged by Washington around the North Korea is to pressure China to quickly cave in, to give up Kim Jong-un and his people, and the territory for an advancement of NATO right up to China’s and Russia’s borders.

For some time it looked like they decided to surrender, and to sit it out quietly pretending that nothing happened and to wait for Russia to fight this battle alone.

It’s not going to happen.  It looks like Russia will drag them into this battle.

The US is halfway through to block China’s main trade routes by its proxy war in Yemen, by increasing its presence and intensifying war in Afghanistan, and by the current attempt of a color revolution in the Republic of the Union of Myanmar.

Just by looking at the map, you can see that China’s shortest route to the Indian Ocean is via Myanmar. Currently, the country has pro-Chinese government, but the situation can change.

Considering the current tensions with India, a proud US ally as we recently have learned, more tensions, a trade war and even a real burning crescent around China, from its border with Afghanistan, to Myanmar and North Korea, to Vietnam,  Philippines and Japan that are hostile to China, as the US “experts” say.

In a curious interview to the InfoWars the  Fox News contributor Anthony Shaffer said a couple of interesting things outlining the “lay of the land” from the point of view of the American military and intelligence.

What people working for the deep state call “analyses” are, in fact,  their plans.

That’s why it’s easy to understand and even “predict” what they will do next.

Case in point this interview with Shaffer who claims to be an insider in Pentagon and goes on bragging about some interesting planning by a few delusional minds.

You don’t have to listen to it. Here is its summary.

The US have been working with the Chinese, telling them that a war would be terrible, and that it’s China that would be suffering the most.

China, despite having large population, has a very fragile economy, and they have to get everything through the South China sea route.

The Chinese only have got two week food supply.

It wouldn’t be necessarily for the Americans to take shots at the Chinese. If the war starts in North Korea, other countries will do these job of attacking China.

It’s not just about South and North Koreas, but all the things in the Pacific.

India is now a competitor against China. Indians moved on and don’t care about Pakistan, so much.

Trump is wise to play an Indian card, and it’s goes both ways.

Taliban is not an entity, they are an outgrow of the Pakistani intelligence services.

We need to talk to Pakistan directly to solve this.

Trump is going to held Pakistan accountable for this duplicity.

Afghanistan is essentially seven different sub-countries. Each one of those sub-countries run by a warlord. We are taking to them.

We are taking a regional approach.

“We are the most badass tribe on the planet. If you do something against us, we will come and kill you.” Anthony Shaffer

The Chinese have two copper mines in Afghanistan, There are all kinds of natural resources there.

About how bad a color revolution would be for the US, and why it’s only good for all the other countries.

“All the history shows that a group that does the overthrow of a government get instantly removed by the next group, creating a power vacuum battle that implodes an economy. Our enemies would take advantage of it. Wars would  probably start. This is a disaster. These people (who wants to topple Trump) are crazy.

There is a great cold war movie, Seven Days in May. One of the things said in this movie is that the moment you remove the president that’s when the enemies are going to jump in. And if you reality want to help the Russians, you would get involved in a coup against the president. Enemies all across the board do things to undermine and attack us. If they try to fire nukes, it would be when we most weakened during the coup d’état. If the liberals reality want to see the country destroyed, they would move down that path.”

So, the US intents to work with the different warlords to split Afghanistan into seven different sub-countries, and to bypath the government that wants Russia’s military and political help and China’s investments.

The US is pressing China and claiming that they are all alone in the world, and have only two week supply of food, if the US closes the South China Sea trade routes.  The US has deployed THAAD launchers in South Korea targeting China and Russia. And, simultaneously, 3,500 US troops headed to Afghanistan – report

Of course the US doesn’t ignore Russia and its trade routes to Europe by dry land and via the North Sea route. And that’s why the US has been blocking Russia’s western borders with the sanctions, NATO troops, wild Ukro- Nazis, and Polo-Lithuanian  Russia-haters.

Now, let’s move from the crazy American world of war and death to the real world of cooperation, trade, and development.

“Putin’s – and Xi’s – concept of multilateral order is clearly visible in the wide-ranging Xiamen Declaration, which proposes an “Afghan-led and Afghan-owned” peace and national reconciliation process, “including the Moscow Format of consultations” and the “Heart of Asia-Istanbul process”.

That’s code for an all-Asian (and not Western) Afghan solution brokered by the Shanghai Cooperation Organization (SCO), led by RC, and of which Afghanistan is an observer and future full member.”

Within an extended framework of the BRICS summit, President Putin met with presidents of Egypt, Tajikistan, Mexico and Guinea and the prime minister of Thailand.

The leaders of five developing countries and states with developing economies took part in this work and not just neighbors of the chair country in the region, as was the case before

The meeting’s agenda was regarding stable development until 2030, as well as extension of partnership for development purposes. The Xiamen declaration adopted was by the group.

The Russian president went to Vladivostok where he took part in the Eastern Economic Forum on September 6-7.

Qatar gambit failed, Doha closer to Iran than ever as gas OPEC in the works. Petrodollar dead and any hope of KSA regime survival rests with pivoting to the petroyuan.

Tickets for the WorldCup will go on sale from 14 September. Here are the prices & categories 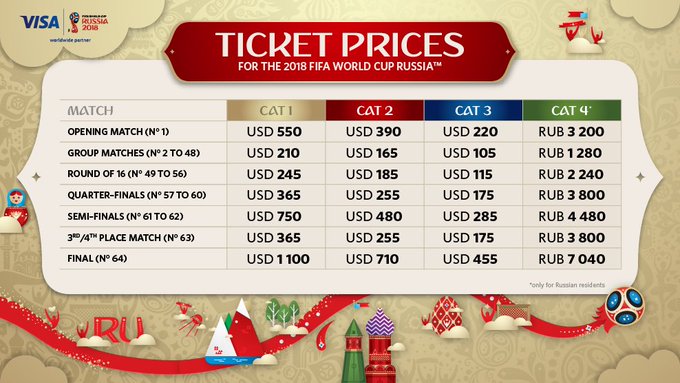 Tickets for the #WorldCup will go on sale from 14 September. Here are the prices & categories More info: http://fifa.to/e/7ZPdcMmJnG

Sept. 13, 2017. Remember where you were. “Today Venezuela officially stopped selling Oil for Dollars.”#OilYuanGoldhttp://www.zerohedge.com/print/603453 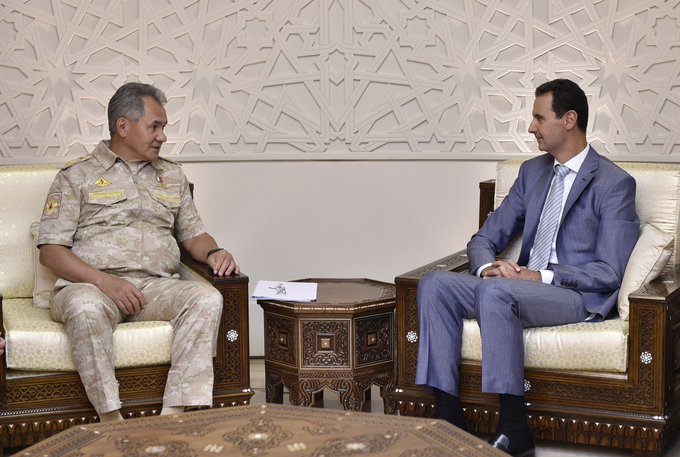 At the same time…

A Chinese air-defense battalion and surface-to-air missile brigade carried out a live-fire exercise near Bohai Bay in east China, an official website of the Chinese military reported.

The simulated battle drills near the Korean Peninsula were aimed at warding off a “surprise attack” from overseas, the military said.

According to the head of the press service of the Southern Military District, Colonel Vadim Astafiev, the large-scale military exercises started in the North Caucasus. “The units of the missile forces and artillery of the 58th Army …

August 2017, the Russian-Mongolian joint military exercise is for the first time was held in the harsh weather conditions of the Gobi Desert

Over 2,000 troops from six member states of the post-Soviet Commonwealth of Independent States (CIS) took part in air defense drills

Russia and Belarus have placed their air defense forces on joint combat duty,

On August 28th, 2017 NATO declared to be in full combat readiness of all four of its international battlegroups located on Russia’s border.

“The announcement follows the declaration of the Canadian-led eFP battlegroup as “fully interoperable and combat effective” after the completion of its certification exercise (CERTEX) held at Camp Ādaži, Latvia, on 21–27 August.

This was the first exercise involving all the national contingents of the battlegroup, which additionally include Albania, Italy, Poland, Slovenia, and Spain.

The Canadian-led battlegroup is the fourth to complete its CERTEX, following the battlegroups led by Germany in Lithuania, the US in Poland, and the UK in Estonia.”

So, European hyenas are getting ready to pounce at us, once again. I think, we all know that this time will be last one for Europe. I predict that it all will end up with six feet radioactive glass dome covering the European peninsula. In the future people will travel there for extreme tourism, to look on pale demons trapped in glass like bugs in amber.

Maybe they don’t tell us everything about radioactivity. Like, for example, how in Japan people keep living seemingly forever, or how wild animals have returned and thrive in the Chernobyl zone.  There is also my personal experience with radioactivity that left me with somewhat puzzling results. I don’t want to say that it turned me into a superman… I don’t quite know how to approach this subject, yet.

Director of Research and Development

author of The enemy of the State

In case you have forgotten what happened in Ukraine, this book should refresh your memory with the incredibly precise and humorous chronicles: ANTHOLOGY OF RUSSIAN HUMOR: FROM MAIDAN TO TRUMP

The World Just Got A Lot Scarier