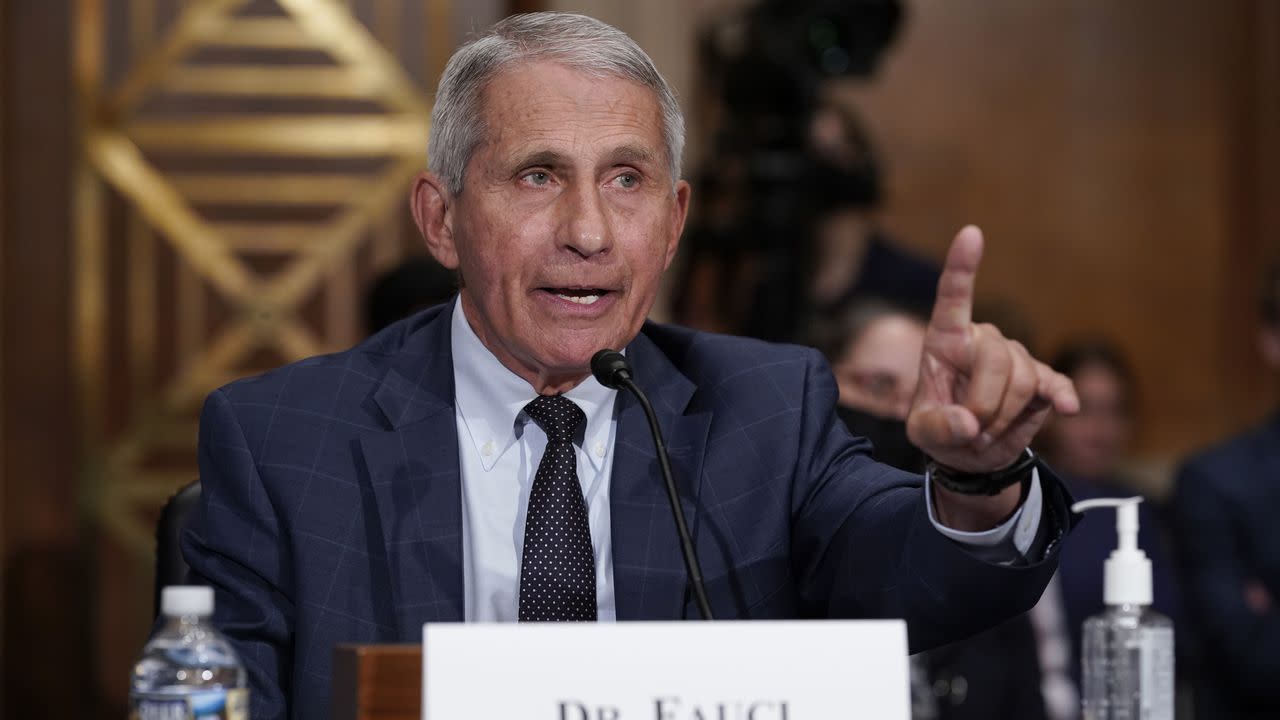 Remember when the US government and top health officials told Americans to get vaccines so life can return to normal?

Think again. On Sunday, NIAID director Anthony Fauci admitted to CNN’s “State of the Union” that health officials may revise mask guidelines for those who are vaccinated, telling host Jake Tapper that bringing back mask mandates for vaccinated folks is “under active consideration.”

“If you look at the inflection of the curve of new cases and, as you said in the run-in to this interview, it is among the unvaccinated. And since we have 50% of the country that not fully vaccinated, that’s a problem,” said Fauci,director of the National Institute of Allergy and Infectious Diseases, adding “The CDC agrees with that ability and discretion capability to say, you know, you’re in a situation where we’re having a lot of dynamics of infection.”

“Even if you are vaccinated, you should wear a mask. That’s a local decision that’s not incompatible with the CDC’s overall recommendations that give a lot of discretion to the locals,” he said.

Fauci also said booster shots could be introduced as a way to prevent virus transmission.

“You’ve got to look at the data, and the data that’s evolving from Israel and from Pfizer indicates that it looks like there may be some diminution in protection,” he said.

Fauci also pushed back against Sen. Rand Paul (R-KY) and Washington Post columnist Josh Rogan after he repeatedly denied that the NIH was funding ‘gain-of-function’ research in Wuhan, China.

Fauci then denounces the "inflammatory statements" about him and U.S. funding in Wuhan as beneath him: "I'm a scientist and my job…is to be a scientist and a public health official. I certainly don't like how all of this has turned out to be so contentious." pic.twitter.com/lNEVN1n2K2

"The typical mask you buy in the drug store is not really effective in keeping out virus, which is small enough to pass through material. It might, however, provide some slight benefit in keep out gross droplets if someone coughs or sneezes on you."

On Friday, Fauci praised scientists at the Wuhan Institute of Virology and defended his funding of bat coronavirus research.

“You know, it’s more complicated than that … If you look at the research that was done, it was research that was highly recommended by peer review, our United States peer reviews. It got a very high score in the peer review system,” Fauci told Fox News host Neil Cavuto. “And the purpose of the research was very, very clear. It was to try to determine what was out there in the bat population that might be ultimately risky for us. It was done in the context of trying to find out what the precise environmental bat source was of SARS-CoV-2 so that we could prevent SARS-CoV-2.”

“So, it was research that was done by qualified people. Right now, when there’s all of this thing about China, that’s a different situation now back then when you’re dealing with qualified, highly respected Chinese scientists. So it isn’t what was made out to be about dealing with really, really bad people. Because those scientists were very well-respected in the scientific community internationally.”

Then screams “you don’t know what you’re talking about!”

NIH’s RePORTER website said the agency provided $15.2 million to Peter Daszak’s EcoHealth Alliance over the years, with $3.74 million toward understanding bat coronavirus emergence. Daszak maintained a long working relationship with Shi Zhengli, sending her lab at least $600,000 in NIH funding. Daszak was also part of the WHO-China team that dismissed the lab leak hypothesis as “extremely unlikely” earlier this year.

In May, Fauci denied the NIH-funded gain-of-function research at the Wuhan lab. Paul pointed to NIH grants going to EcoHealth that provided funding to the Wuhan lab, which a Trump State Department fact sheet contended carried out secretive gain-of-function experiments and worked with China’s military.

At the time, Fauci told Paul, “The NIH has not ever and does not now fund gain-of-function research in the Wuhan Institute of Virology.”

Paul brought the issue up again during a Senate hearing on Tuesday, noting it was a crime to lie to Congress, stating, “Gain-of-function research was done entirely at the Wuhan institute by Dr. Shi and was funded by the NIH.” –Washington Examiner

“Being too restrictive can impede creativity.” pic.twitter.com/UkJ7vBlVxa

There Is No Such Thing as a Public Health Expert