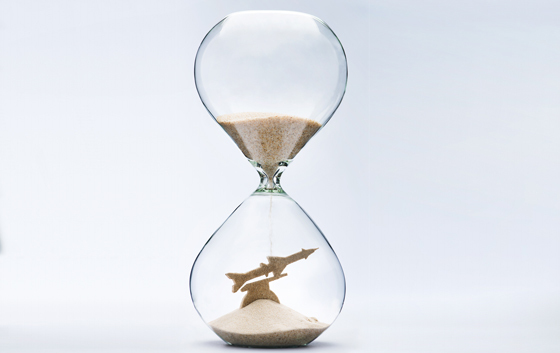 You may have thought that tensions with North Korea were abating following Kim Jong Un’s missile test stand-down earlier this month. But as we and others outside of the mainstream media propaganda machine warned, absolutely nothing has been resolved between the United States and the rogue nation.

The only proof you need is the fact that Un just recently launched a missile directly over Japan and is now threatening a new nuclear weapons test to take place some time in the next two weeks.

As noted earlier today, both sides are preparing for the next level of escalation at this very moment, with President Trump continuing to shift military assets into the region. Moreover, Russia has been deploying troops to the Baltic states for “military exercises,” but from a strategic standpoint one can only conclude they are massing troops just in case hostilities break out.

According to cyclical forecaster Martin Armstrong, who has accurately predicted global crisis scenarios since the 1970’s, September may well be the month that propels the world into its next great conflict:

Our models seem to be right on target for the escalation of military threats from North Korea. We gave our two targets for the opening of  this window for a conflict on our war model with North Korea  to watch were August 12/13, 2017 and September 11/12, 2017. We must be on guard for this is the prime period where a confrontation could emerge.

We expect tensions to rise into the next target September 11/12th.

Armstrong’s cyclical war model forecasts echo a similar sentiment from Brandon Smith of Alt-Market.com, who himself has been quite accurate with his predictions about everything from political election results to Federal Reserve policy decisions. In a recent analysis, while everyone was ignoring the continuing North Korean threat, Smith warned that conflict seems inevitable:

The mainstream media has instead been going out of its way to downplay any chance that the current inflamed rhetoric on both sides of the Pacific is anything other than bluster that will end with a whimper rather than bomb blasts. This is one of the reasons why I think war is imminent; the media is a notorious contrarian indicator. Whatever they predict is usually the opposite of what comes true (just look at Brexit and the election of Donald Trump, for starters).  Another generalization that is a sure bet is that the mainstream media usually lies, or at the very least, they are mostly wrong.

That said, if we are to believe the latest polls, unfortunately, one thing is clear: The American people, on both sides of the political spectrum, are becoming more galvanized around supporting a potential conflict with North Korea. For the establishment, war is a winning sell, at least for now.

His full assessment, Korean War Part II: Why It’s Probably Going To Happen, is worthy of a read as it explains the many facets behind why war appears to be inevitable.

One of those facets, as noted by Zero Hedge on Tuesday, is that both China and Russia now appear to have given up on a peaceful resolution on the peninsula:

Russian Deputy Foreign Minister Ryabkov told reporters that while we can expect new sanctions pressure on the DPRK after the last launch, such pressure is exhausted..

“Judging by how colleges from the US and other countries acted in similar situations, the US allies – of course, we can expect new steps towards strengthening the sanctions regime,” he said.

“But it will not solve the problems, it is already obvious that the resource of sanctions pressure on the DPRK has been exhausted.”

“It is no longer possible to adopt resolutions in the UN Security Council that do not contain a clear indication that there can not be a military solution to the problem, but only a political one. A provision that would rule out additional unilateral sanctions beyond those that are collectively taken by the UN Security Council, “the Russian diplomat continued.

Either way, it appears Russia and China are pushing back to Trump to ‘do something’.

In short, the Russians and Chinese have now put the ball in President Trump’s court.

Martin Armstrong’s forecast, coupled with a flurry of missile tests, nuclear tests, combative rhetoric, and military deployments to the region, suggest that war – complete with a nuclear exchange – may be much closer than we think.

If you failed to prepare for it earlier this month, now may be a good time to consider stockpiling those anti-radiation pills and emergency supplies everyone was scrambling to purchase at the height of panic. Because as soon as the rains in Houston have passed, you can be assured that the North Korean threat will once again be at the forefront.

War in the South China Sea: Not Worth It