Something serious appears to be happening in Russia, as well as at the Russian Consulate in New York.

Speculation abounds as multiple events taking place in the last few hours indicate that either a very coincidental set of circumstances just happened, or an attack has been initiated against Putin’s government.

Here’s what we know right now.

On the heels of a previous announced pre-positioning of cyber warfare assets last week and some 300,000 NATO troops preparing for battle in Europe, we learn this morning from RT that a massive blast at an electrical substation in Murmanks, Russia has left part of the region without power.

What makes this outage particularly interesting is that Murmanks is the main administrative base for the entire Northern Russian Fleet.

The northern Russian port city of Murmansk, with a population of 300,000, has been partly left without electricity following an emergency at an energy facility. Eyewitnesses captured a bright flash, after which the lights went out.
…

There have been eyewitnesses’ reports of a “huge blast” at one of the city’s electrical substations, according to SeverPost news agency.

There is apparently no electricity in government headquarters in the city center, FlashNord reported citing its correspondent in the area. Lights have been off in both central areas and in the outskirts, according to SeverPost.

An incident happened at one of the facilities of the Kolenergo regional energy company, its press service told RT, without specifying what exactly happened.

The causes of the “incident” are now being investigated by a special commission, the company said, adding that specialists are now working on damage control and recovery.

While no information has been made available about the cause of the blast, there is speculation that the explosion and subsequent outage may have been the result of a virus or trojan similar to the Stuxnet hardware virus that took down Iranian nuclear reactor centrifuges. A similar cyber warfare tool could be used to take down electric power stations much like the cyber attack on a U.S. water treatment facility in Illinois several years ago.

In and of itself that event would normally be dismissed as just a power outage, except just a few hours ago numerous helicopters landed on city streets in the Baumanskoj suburb of Moscow. Witnesses are reporting a huge police presence in the area: 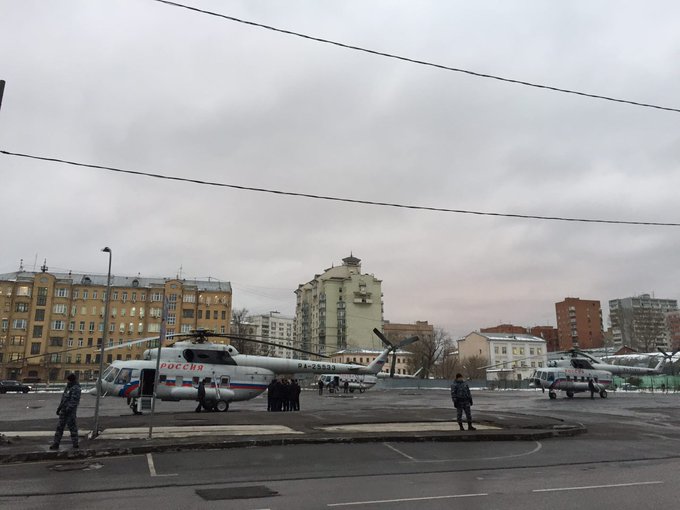 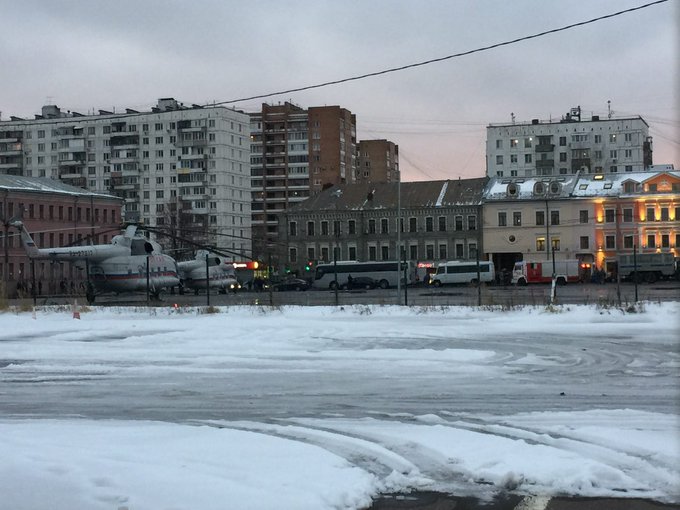 And even that wouldn’t necessarily be all that suspicious as a stand alone event, but since it’s election day and the Obama administration has threatened Russia with a significant response should they be found to be meddling in U.S. elections, the fact that a dead man with head trauma was found at the Russian Consulate in New York City this morning gives us a hat trick of very odd events occurring at exactly the time when U.S. elections are taking place:

Police are investigating after a 63-year-old man was found dead inside the Russian Consulate on Manhattan’s Upper East Side on Tuesday morning.

Authorities say they found the man unconscious and unresponsive at the location on 91st Street just before 7 a.m., reports CBS New York.

The victim, who has not yet been identified, appeared to have suffered head trauma, police said.

All of this begs the simple question: What the hell is going on with Russia right now?

The Prepper’s Blueprint: A Step-By-Step Guide To Prepare For Any Disaster

Behind The Scenes: “A False Flag Event Is Just Around The Corner And These Marxists Are Setting It Up”