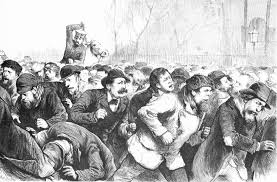 “Those individuals who are in charge of monetary policy around the world, I think they are very much aware of what is coming. When I’ve asked the Federal Reserve chairmen in a committee about this, they never said, ‘No that’s not going to happen.’ They used the world ‘orderly’ – as long as it’s orderly, it seems to be OK.”

Dr. Ron Paul is a physician and former twelve-term congressman from Texas who ran for president in 2008. He is the author of eight books, including the New York Times bestsellers The Revolution: A Manifesto

and End The Fed

. An unwavering defender of the US Constitution, Paul has been an advocate of sound money, personal liberty, free markets, and international peace throughout his political career and beyond. He is chairman of the FREE Foundation, founder of the Campaign for Liberty, and distinguished counselor to the Ludwig von Mises Institute. Dr. Paul recently started the Ron Paul Channel, an online broadcast alternative to the mainstream media. Ron’s most recent novel is The School Revolution: A New Answer for Our Broken Education System