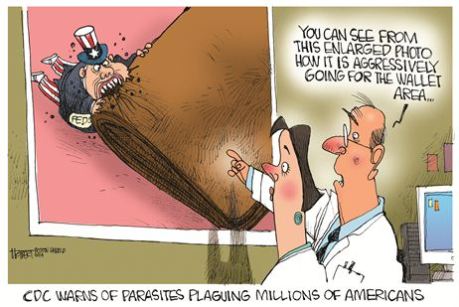 This article was written by Charles Hugh Smith and originally published at hisOf Two Minds blog.

Editor’s Comment: In the rise and fall of civilizations, the United States is falling hard right now. As Charles Hugh Smith rightly points out, the decline and ruin is spread across many factors, not just economic. They have broken the spirits and the backs of the people time and again throughout history.

This is our time – the decent streak of a vibrant middle class and a country based around the principles of limited government and the recognition of individual rights is fading. Cyclical corruption is taking its toll, and the balance of power has shifted to a cynical and concentrated point.

When Did Our Elites Become Self-Serving Parasites?

Combine financialization, neoliberalism and moral bankruptcy, and you end up with self-serving parasitic elites.

As historian Peter Turchin explained in his book War and Peace and War: The Rise and Fall of Empires, the value of sacrifice was a core characteristic of the early Republic’s elite:

“Unlike the selfish elites of the later periods, the aristocracy of the early Republic did not spare its blood or treasure in the service of the common interest. When 50,000 Romans, a staggering one fifth of Rome’s total manpower, perished in the battle of Cannae, as mentioned previously, the senate lost almost one third of its membership. This suggests that the senatorial aristocracy was more likely to be killed in wars than the average citizen….

The wealthy classes were also the first to volunteer extra taxes when they were needed… A graduated scale was used in which the senators paid the most, followed by the knights, and then other citizens. In addition, officers and centurions (but not common soldiers!) served without pay, saving the state 20 percent of the legion’s payroll.

The richest 1 percent of the Romans during the early Republic was only 10 to 20 times as wealthy as an average Roman citizen.”

Now compare that to the situation in Late Antiquity Rome when

“an average Roman noble of senatorial class had property valued in the neighborhood of 20,000 Roman pounds of gold. There was no “middle class” comparable to the small landholders of the third century B.C.; the huge majority of the population was made up of landless peasants working land that belonged to nobles. These peasants had hardly any property at all, but if we estimate it (very generously) at one tenth of a pound of gold, the wealth differential would be 200,000! Inequality grew both as a result of the rich getting richer (late imperial senators were 100 times wealthier than their Republican predecessors) and those of the middling wealth becoming poor.”

Do you see any similarities with the present-day realities depicted in these charts? 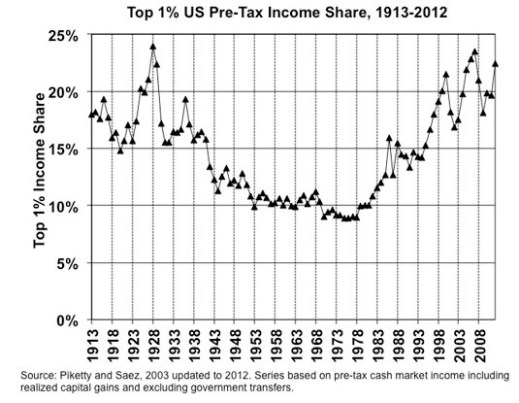 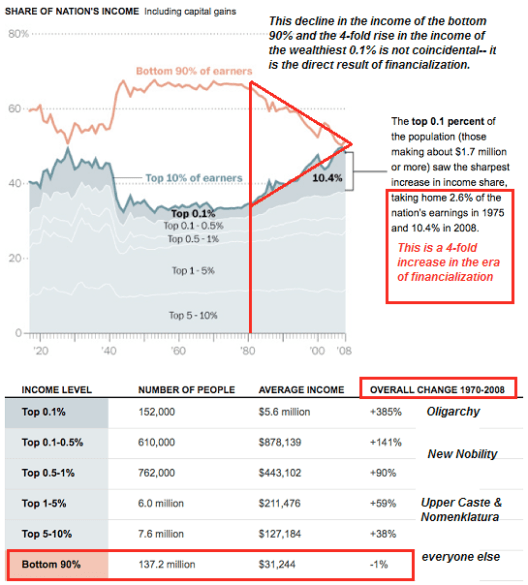 Correspondent Jim B. summarized historian Arnold Toynbee’s study of the rise and fall of civilizations: “Civilizations fail when their elites change from an admired dynamic creative class to a despised Establishment of corrupt rentiers, an entrenched governing class unfit to govern.”

I would trace the slide into self-serving parasites to three dynamics: financialization, neoliberalism and moral bankruptcy. While definitions of financialization vary, mine is:

Financialization is the mass commodification of debt and debt-based financial instruments collaterized by previously low-risk assets, a pyramiding of risk and speculative gains that is only possible in a massive expansion of low-cost credit and leverage.

Another way to describe the same dynamics is: financialization results when leverage and information asymmetry replace innovation and productive investment as the source of wealth creation. 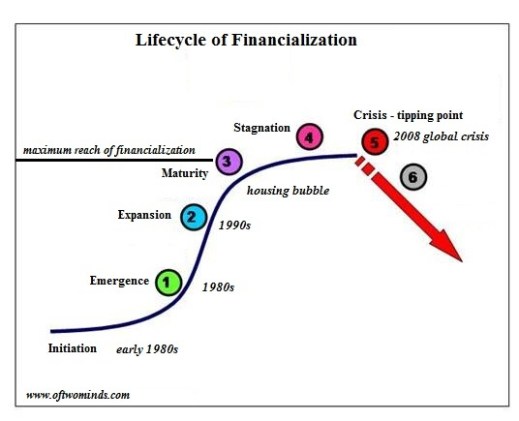 Neoliberalism is the belief that the social order is defined and created by markets: if markets are free, participants, society and the political order are also free.

This conceptual framework is the perfect enabler for the dominance of credit-based, leveraged capital, i.e. Neofeudalism. In a “free market,” those with access to nearly-free money can outbid everyone who must rely on savings from earned income to finance borrowing. In a “free market” where those with access to leverage and unlimited credit are more equal than everyone else, the ability of wage earners to acquire rentier assets such as rental housing, farmland and timberland is intrinsically limited by the financial system that makes credit and leverage scarce for the many and abundant for the few.

Mr. President, This Is How To Get The Fed To Launch Quantitative Easing

Liberty Activists And ISIS Will Soon Be Treated As Identical Threats