No matter how the vote turns out on Thursday in Scotland, either for independence or continued union with Britain, the disintegration of the Old Continent appears almost inevitable.

Already the British government has conceded that, even if the Scots vote for union, Edinburgh will receive greater powers to rule itself. 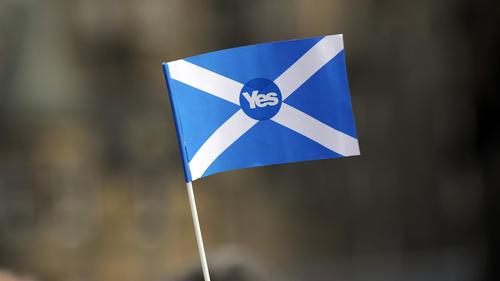 Cheering for the breakup of the U.K. are Catalans and Basques, Bretons and Corsicans, Tyroleans, Venetians, Flemish, all dreaming of nations of their own carved out of Spain, France, Italy and Belgium.

Europe’s secessionists have waxed ever stronger since the last decade of the 20th century when the Soviet Union and Yugoslavia splintered into 22 nations and Czechoslovakia broke in two.

Abkhazians and Ossetians then broke from Georgia as Transnistria fought free of Moldova. Chechnya went to war twice to escape from Russia. Secessionists now battle Russia in Ingushetsia and Dagestan.

The decomposition of the nations of Old Europe is the triumph of tribalism over transnationalism. The heart has reasons that the mind knows not, said Pascal. And the wild heart is winning.

The call of blood, history, faith, culture and memory is winning the struggle against Economism, the Western materialist ideology that holds that the desire for money and things is what ultimately motivates mankind.

Economics uber alles. Here is Niall Ferguson in the New York Times wondering how these crazy Scots could think of seceding from England:

“The economic risks are so glaring that even Paul Krugman and I agree it’s a terrible idea. What currency will Scotland use? The pound? The euro? No one knows. What share of North Sea oil revenues will go to Edinburgh? What about Scotland’s share of Britain’s enormous national debt?”

A Scottish vote for independence, Ferguson wails, “would have grave economic consequences, and not just for Scotland. Investment has already stalled. Big companies based in Scotland, notably the pensions giant Standard Life, have warned of relocating to England. Jobs would definitely be lost. The recent steep decline in the pound shows that the financial world hates the whole idea.”

Niall Ferguson is not the kind of fellow who would have been out there at midnight dumping the King’s tea into Boston harbor in 1773.

And he would surely have admonished those stupid farmers on the Concord Bridge that if they didn’t put those muskets down, they could wind up ruining the colonies’ trade with the Mother Country.

“What currency will we use?” Ferguson would have demanded of Jefferson in Independence Hall in 1776.

Yet it is not only in Scotland where peoples are deciding that what separates them is more important than what unites them. Secessionism is ablaze all over the world.

All those straight lines on Middle East maps drawn up by Sykes and Picot are being erased. The Syria and Iraq we have known will never be the same again, as the Shia-Sunni divide deepens and the Kurds of Iraq, Turkey, Syria and Iran come together.

In this century, we have seen Ethiopia and Sudan break in two, and now South Sudan hosts a tribal-civil war between Dinka and Nuer.

Facing secessionist movements in Tibet and the Uighur lands of the west, Beijing is exporting Han Chinese by the trainload to repopulate the regions. Much like Stalin did with the Baltic republics he annexed in 1940.

Vladimir Putin is perhaps the most popular leader alive for bringing home to Mother Russia the Crimea and making a virtual protectorate of the Russified southeastern Ukraine.

But it is not only secessionism that imperils the One Europe of Jean Monnet and Robert Schuman and their historic achievement, the EU. In Britain, France, Holland, Switzerland, Austria, Hungary and most of the countries of Europe, populist parties have arisen to liberate their nations from what they see as the soft dictatorship of the EU.

Foremost among these are Nigel Farage’s Independence Party, the UKIP, and the National Front of Marine Le Pen, who is now running ahead of President Francois Hollande in national polls. This weekend, the Sweden Democrats, a rightist party, doubled its strength, taking 13 percent of the vote as Stockholm’s conservative government fell.

What assures the growth of these parties is what engendered them – mass immigration from the Third World and the attendant rise in crime, Islamism and social disorder.

And what is there to halt the waves of immigration in boats and rafts from across the Mediterranean? Nothing. Out of a Middle East descending into chaos will come millions of Arab and Muslim refugees.

Hundreds of millions of these African folks will be fleeing these lands to occupy the empty places left by the depopulating nations of Europe, not one of whom has a fertility rate to ensure that its native people survive.

As for the Scots, not to worry if Goldman Sachs is bearish on secession. When you enter the polling booths, just ask yourselves:

What would Braveheart do?