The situation in Hong Kong is rapidly deteriorating, with violence breaking out in seven locations Monday afternoon as the citywide strike crippled transportation.

What were supposed to be peaceful sit-ins in different districts turned into riots, “with Wong Tai Sin and Harcourt Road seeing the most intense confrontations as protesters kneel instead of flee, to shield themselves while tear gas rounds and sponge grenades rain on them,” according to SCMP 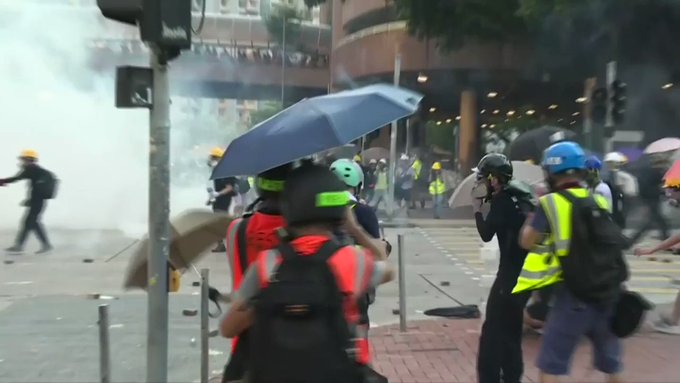 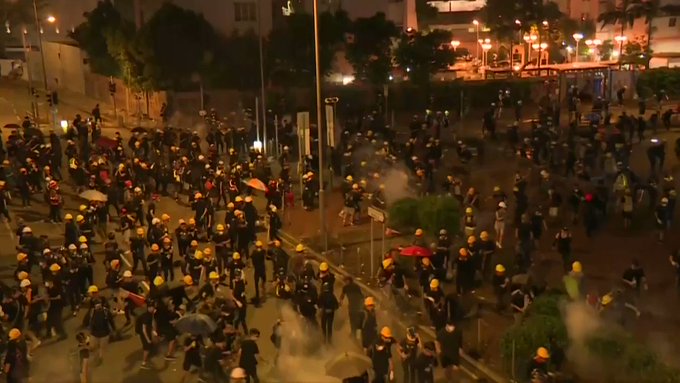 Protesters threw a suspected gasoline bomb at police after first being attacked by bricks.

20:00 A suspected gasoline bomb was thrown by protesters to the police who were resting on Tai Po Tai Wo road near the crossroad with Nam Wan Rd. The police were attacked suddenly first by bricks from the protesters and then the bomb. #antiELAB

31 people are talking about this

Fighting broke out between protesters and local residents, while reports of ‘white shirted’ men believed to be triad gang members began beating protesters as the evening devolved. 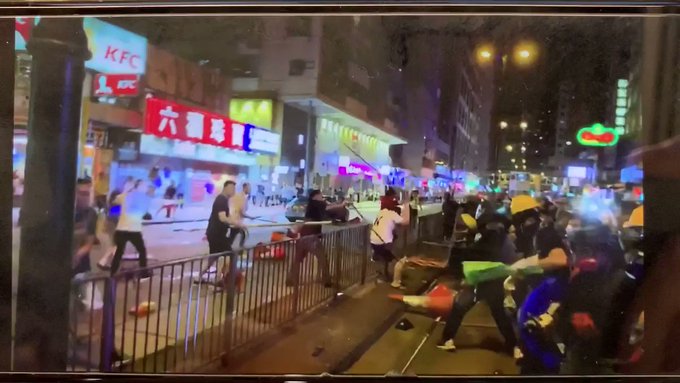 BREAKING – Fighting has broken out at North Point between Protesters and local residents. #HongKongProtests #HongKong 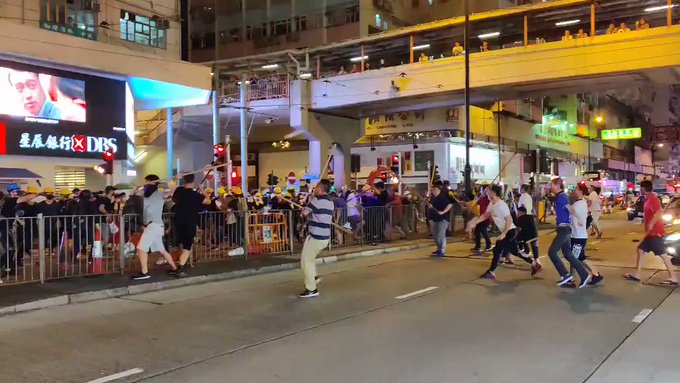 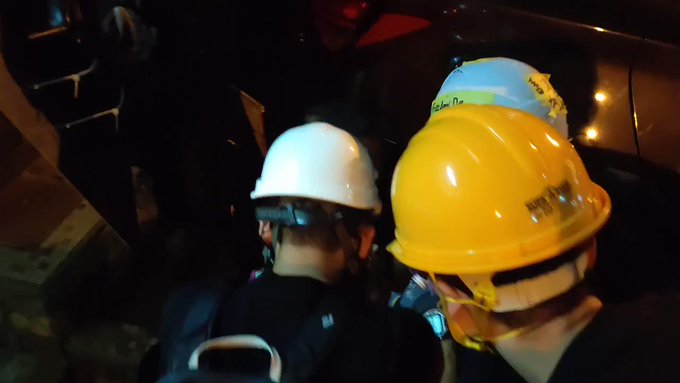 Protesters also started a fire at the Tuen Mun police station after spray painting its wall with profanities: 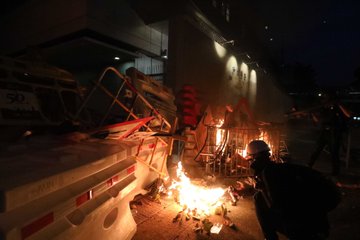 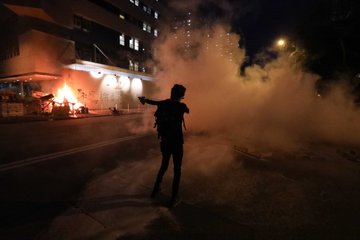 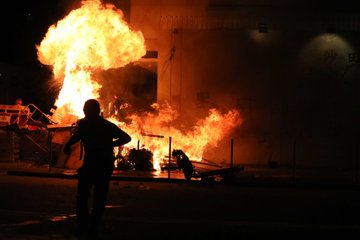 One woman was paraded through the streets after her underwear had been either removed or fallen off during her arrest.

In response to the unrest, Cathay Pacific airlines canceled over 150 flights and urged passengers to postpone non-essential travel according to CNN.

Cathay Pacific urged customers not to fly Monday and Tuesday, and said it would waive fees for rebooking. Shares in Cathay plunged more than 4% during trading Monday.

The airline is the city’s flagship carrier. It flies about 34 million passengers every year and serves nearly 200 cities around the world from its hub at Hong Kong’s international airport.

More than 2,300 aviation workers took part in the strike, including 1,200 Cathay cabin crew and pilots, according to the Hong Kong Confederation of Trade Unions.

Service was suspended for more than an hour Monday morning on the Airport Express, which is a line that zips people between the airport and the city center in under 25 minutes. –CNN

HKD running for the exits before beijing’s planned massacre. Investors have lost trust…and history tells us what happens next #bankingandcurrencycrisis #HK #china #monsters

Hong Kong Activist Leader Calls For a Run on the Bank

What The HELL Is Happening In Hong Kong?